Pope Francis: ‘Sport should always be a team effort’

Pope Francis: ‘Sport should always be a team effort’ 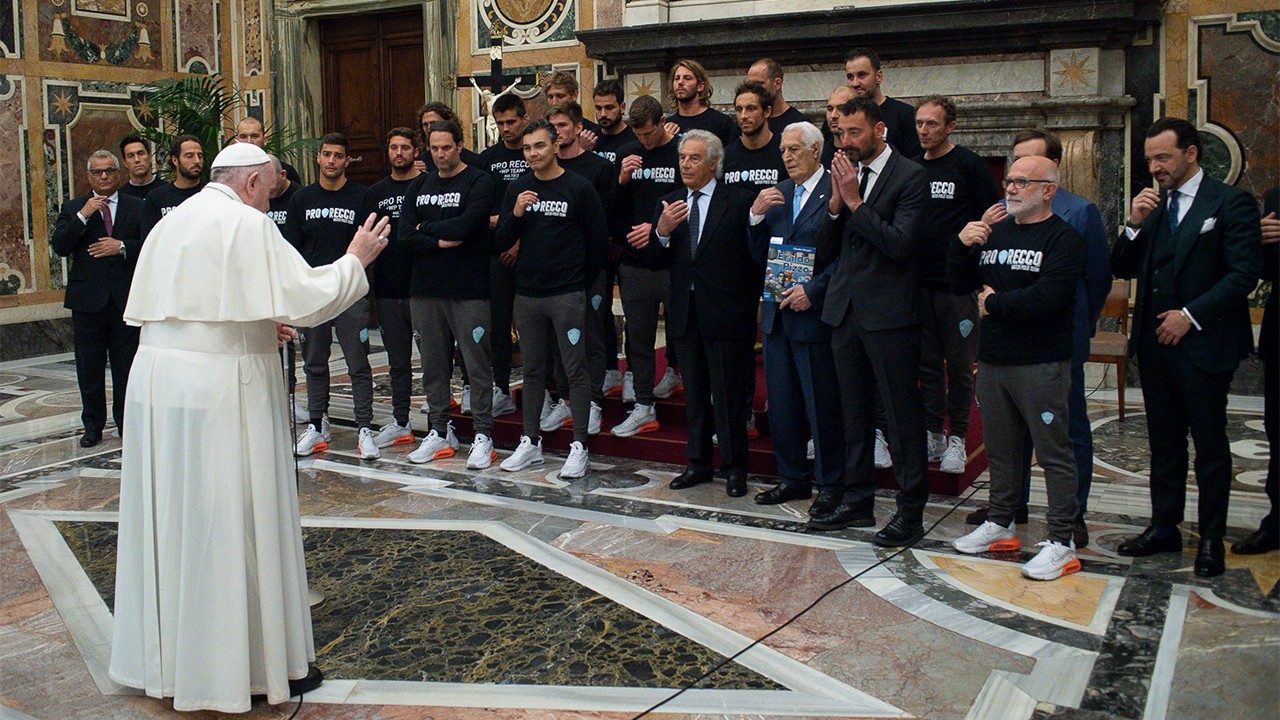 Pope Francis met Thursday with the “Pro Recco Waterpolo 1913” team, one of the most successful water polo clubs in Europe.

The team, which hails from the city of Recco in Italy’s Liguria region, has won 33 Series A1 titles, 14 Italian Cups, 8 LEN Champions League titles, and 6 LEN Super Cups.

Speaking off-the-cuff to the athletes, the Pope recalled that true sport always relies on teamwork.

“The greatest defeat for any athlete,” he said, “is to work and play alone.”

He recalled an Argentinian saying of “morfarse la pelota”, which could be rendered as “hog the ball”.

The Pope pointed out that this attitude runs contrary to the virtues of sport. True competition, he said, should always be done as a team.

Pope Francis then urged all professional athletes to “never lose the amateur dimension, which is part of the mystique of sport.”

The Pope ended his encounter with the Italian water polo club praying that God might “accompany you throughout your lives."

Read this on Faith