Pope Francis hopes Lebanon can regain the ‘strength of the cedars’

Pope Francis hopes Lebanon can regain the ‘strength of the cedars’ 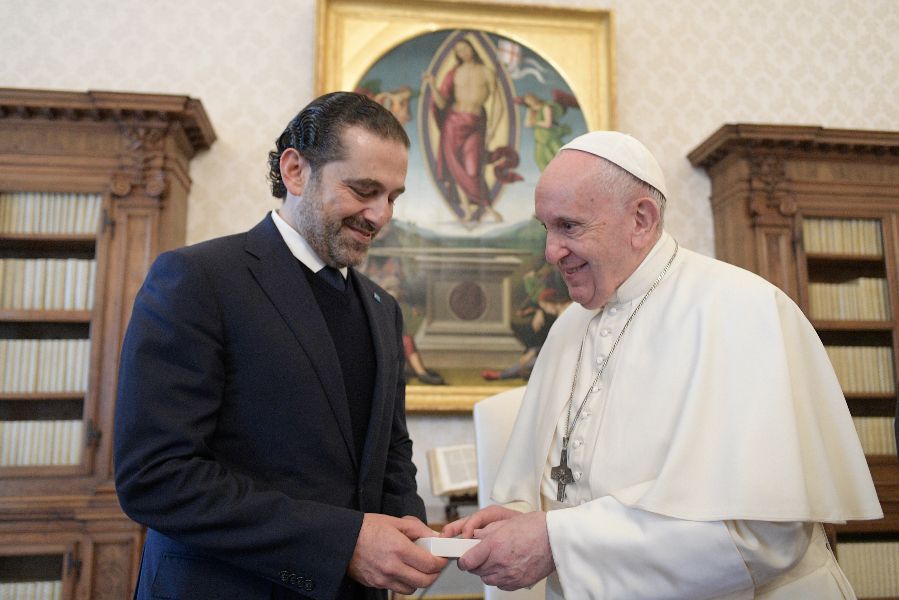 Pope Francis met the prime minister-designate of Lebanon in a private meeting at the Vatican on Thursday.

Pope Francis told Saad Hariri that he is close to the Lebanese people as they live “a time of great difficulty and uncertainty,” according to a message from Matteo Bruni, director of the Holy See Press Office.

During the encounter April 22, which lasted around half an hour, Pope Francis again expressed his desire to visit Lebanon as soon as conditions allow.

According to Bruni, Pope Francis said he hoped that “Lebanon, with the help of the international community, will once again embody ‘the strength of the cedars, the diversity which from weakness becomes strength in the great reconciled people,’ with its vocation to be a land of encounter, coexistence, and pluralism.”

Hariri was prime minister of Lebanon for two terms, from 2009 to 2011 and from 2016 to January 2020, when he suddenly resigned. After two prime ministers resigned in 2020 after failing to form governments, Hariri was re-appointed prime minister by Lebanese President Michel Aoun on October 22, 2020. To date, Hariri has still not been able to form a government in the Middle Eastern country and remains prime minister-designate.