Leftists have been scratching their heads and rubbing their eyes in disbelief as poll after poll tell them that Latino voters are starting to tack... Read More The post Great Pride in Being Mexican American in Texas appeared first on The Daily Signal.

Leftists have been scratching their heads and rubbing their eyes in disbelief as poll after poll tell them that Latino voters are starting to tack rightward in significant numbers.

They’re not the angry, resentful victims the left wants them to be.

In other words, liberals should be searching their souls. Tejanos aren’t nursing grievances, and woke attempts to instill a sense of injustice among them amount not only to ugly, hate-pandering, they’re also increasingly futile.

Democrats are pushing on a string of resentment.

This is not new, incidentally. Mexican Americans in the Southwest have been telling outside pollsters the same thing for decades. The left just thought it could dismantle their “false consciousness” with costly “consciousness-raising” schemes.

It ain’t happening. The results of a poll of 608 “Hispanic adults” who live in the Lone Star State, conducted in February by the Texas Public Policy Foundation (TPPF), tell the story.

Asked whether they agreed with the statement, “The U.S. is a land of freedom and opportunity,” 83% said yes, while just 15% said no.

Respondents are also very proud to be Texans, with 84% responding in the affirmative, including 69% saying they were “very proud.” And they were even prouder Americans. To the question “Would you say you are proud or not proud of being an American?” the results were even better, 87% to just 9%.

In what can only be good news for Republicans being seen increasingly as the party of educational rights, more than 3-in-4, or 78%, said they support the type of school choice where the money follows the child, even if the parent puts him or her in a private school.

In more bad news for the Democrats, 73% agreed that there is a border crisis. In fact, in the list of issues that they found important for the Texas Legislature to address, border security tied at No. 1 with immigration reform, and both were just 1 percentage point ahead of education.

Additionally, they are troubled about how hard it’s becoming to realize their aspirations. More respondents (30%) think the American Dream is less accessible than think it’s more accessible (22%).

None of this should surprise anyone who has bothered to look at long-term Mexican Americans patterns in Texas.

Though the Texas Public Policy Foundation poll referred to “Hispanics,” 85% of them in Texas are of Mexican origin—some of them recent arrivals, others whose ancestors have been there since at least the 1500s.

Even nationwide, Mexicans overshadow most other groups, making up 61.4% of the 62.1 million people the U.S. census categorizes as “Hispanics.” These Americans make up 19% of the U.S. population—1 of every 5 of us.

That makes this a national story with strong political implications.

Now, much balderdash has been written about the “Hispanic” vote. Individual Americans have their own reasons to do what they do. But if we generalize at all, it’s foolish to do so beyond the national-origin level, and even then, it must be cross-referenced by region.

Cuban Americans from Dade County, Florida, for example, have always tended to vote Republican, and the turn to the hard left by the Democratic Party only accelerated that trend. However, Cuban Americans in New Jersey have traditionally voted a bit more like their Garden State neighbors, electing Democrats such as Sen. Robert Menendez and Rep. Albio Sires.

Mexican Americans in Texas have their own peculiarity. And that goes double for those in the southern Rio Grande Valley, the heart of Tejano culture. They are Texas, and their cultural imprint can be seen everywhere, from the language to attire to Tex-Mex cuisine.

This has been the case for decades at least, if not a century and a half. In the late 1960s, the Ford Foundation paid UCLA researchers Leo Grebler, Joan Moore, and Ralph Guzman to conduct a study based on interviews with 1,550 residents of Los Angeles and San Antonio.

The researchers returned to the Ford Foundation with bad news: The report read in part: “Prejudice has been a loaded topic of conversation in any Mexican American community. Indeed, merely calling Mexican Americans a ‘minority’ and implying that the population is the victim of prejudice and discrimination has caused irritation among many who prefer to believe themselves indistinguishable [from] white Americans.”

As I wrote in my book, “The Plot to Change America,” “Their own survey had discovered that Mexican Americans’ lived experiences showed them that they weren’t passive victims of invidi­ous, structural discrimination, much less racial animus. They felt they had agency, and they owned their own failures, which—their experience told them—were remediable through individual actions (such as dressing and speaking well), not group mobilization.”

That Mexican Americans have deep pride in their cultural patrimony is evident instantly to anyone who visits, and the Texas Public Policy Foundation poll makes that amply clear. People with a proud legacy tend to want to conserve it, not transform it, and people who want to conserve, not destroy, are naturally conservative.

That is, they may vote Democratic at the local level because of a very strong Democratic machine. But as we saw in the 2020 elections, counties in the Rio Grande Valley swung massively toward Donald Trump compared with 2016.

These voters may understand that wokeness destroys cultural patrimony, rather than conserve it—as when the left tries to impose the nonsense term “Latinx,” when the term “Latin” itself is already gender-neutral. The job of the woke organizations is not to stoke pride, but the opposite, to implant grievances. It is actually hatemongering.

Don’t believe me? Listen to how the leader of Voto Latino described her job: “The challenge with the work that I do at Voto Latino is that I can’t get people agitated because oftentimes they don’t know the great harm that has happened under the structures that we have been raised by. But once they start understanding it and recognizing it, they act and react, and fight and run for office.”

For them, this Texas Public Policy Foundation poll is a disaster. For the rest of us, it confirms what we already knew.

A version of this article first appeared in Spanish at FundacionDisenso.org. Due to translation errors, this text has been modified since publication.

Have an opinion about this article? To sound off, please email letters@DailySignal.com and we’ll consider publishing your edited remarks in our regular “We Hear You” feature. Remember to include the url or headline of the article plus your name and town and/or state.

The post Great Pride in Being Mexican American in Texas appeared first on The Daily Signal.

Rubio: Ukrainians Remind Us ‘How Valuable Freedom and Liberty...

Rep. Jim Jordan: Jan. 6 Committee ‘Totally Out to Get President...

Why Is Left Suddenly Worried About ‘End of Democracy’? The Energy Ministers of Israel, Greece and Cyprus discussed in a tripartite meeting... Bank accounts are essential for your business. They help you get paid, pay others,... The Spring 2022 Uniqlo U Collection Is All About That French-Girl...

We’re no strangers to Uniqlo around these parts: We obsess over the designer collabs,... Last spring, it was announced that Brandon Maxwell — designer of glamorous-edgy... See Why Stagecoach Headliner Carrie Underwood Is a Fashion...

Dust off your boots and get ready to rock because Stagecoach 2022 is upon us. After... 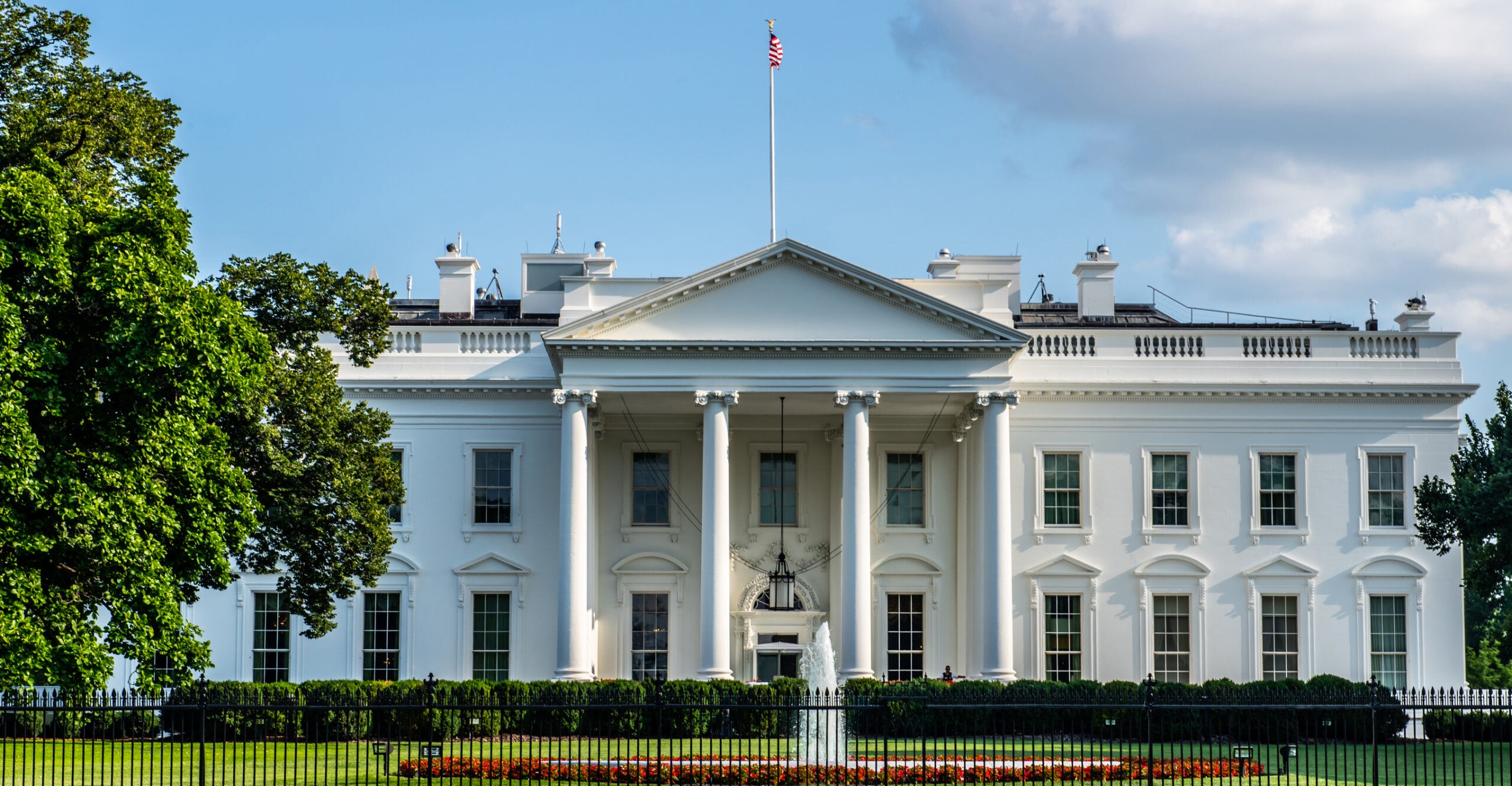 The Heritage Foundation on Thursday announced a 2025 Presidential Transition Project... I got into exercising a few years ago after a lifelong commitment to doing as little... What is Lead Generation in B2B?

Every B2B company requires quality leads to stay in the market. Read more: What... Hoda Kotb and Jenna Bush Hager are ready to sharpen their claws for Feral Girl Summer....